CURRENT AND PAST ARTIST BIOS 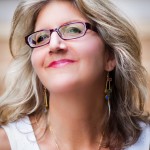 Praised for her sensitive musicianship and technical mastery, Ms. Dewey won numerous national and regional piano competitions throughout her years of study with Margaret Ott, Theodore Lettvin, Charles Fisk and Donald Currier.  She received a Bachelor of Arts degree with honors from Wellesley College and a Master of Music degree in piano performance from the Yale School of Music where she won the prestigious Woolsey Hall Concerto Competition.

Dewey has performed as guest artist with the Oakland Symphony, Flint Symphony, Spokane Symphony Orchestra, Yale Philharmonia and Peter Britt Festival Orchestra, among others.  She has appeared at the Seattle Chamber Music Festival, the Methow Chamber Music Festival, and on the Mostly Nordic Chamber Music and Russian Chamber Music Foundation series.  Her performances have been broadcast on National Public Radio stations in Connecticut, California and Washington. Recent four-hand recitals in Mexico City, at both Bellas Artes and UNAM with pianist Fernando Garcia Torres, received effusive critical praise. In 2013 and 2014 she performed solo recitals in California, Hawaii, Montana, Seattle and London, duo-recitals with Icelandic violinist Elfa Rún Kristinsdóttir in California and Seattle, and 6-hand recitals in the Seattle area.

With pianist Lisa Bergman, she formed the celebrated four-hand duo, VENTIDITA, and with the addition of Natalya Ageyeva, the dazzling six-hand group, THIRTYFINGERS, captivating audiences throughout the state of Washington.

Devoted to the development of young musicians, she has been a member of the piano faculties at the University of Washington, Whitworth College, the Cornish Institute and Yale University. She is currently in great demand as a master teacher, competition judge, lecturer, piano instructor and performer and resides in Seattle, Washington.

Deborah is an avid cyclist and international traveler and plans to combine concertizing, travel, languages and cycling in an upcoming sabbatical year.  She is also working on a project composing piano music based on bird songs she has been notating during her travels. 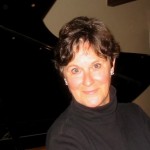 CASSANDRA CARR • Cassandra Carr’s musical work and interests include music criticism and musicology, performance, and teaching. She performs with Arthur Barnes as a duo-piano team, and in chamber recitals throughout the state, and has served on the music faculties of Seattle University, City University, and the University of Washington. Her spirited lectures and workshops on a variety of musical subjects are in frequent demand, as is her work as master class clinician and adjudicator. 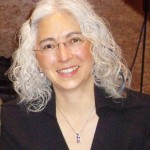 VICTORIA EBEL-SABO • Victoria is a published composer and was named “Composer of the Year, 2009”, by the Washington State Music Teacher’s Association.  Besides composing a number of choral and solo piano works, Victoria has composed three full length ballets, “Mary Poppins”, “Peter Pan”, and “Pepito’s Story”, for the Boulder Ballet in Boulder Colorado. Her works, in both sheet-music and collection,have been published by Boosey and Hawkes, Kjos, Willis, Mark Foster, and Santa Barbara Publishing.

DAN SABO • A former student of renowned French pianist, Yvonne Loriod-Messiaen, Dan Sabo has performed extensively as a soloist and as duo-pianist (with his wife, Victoria), in Europe and the United States.  They were awarded the Higher Diploma, with great distinction, in chamber music, by the Royal Conservatory of Music, Brussels, Belgium. The Sabos have released a CD of four-hand music by Janacek and Dvorak.  Dan Sabo has released a CD of Scriabin’s Preludes and will release a CD of music of Chopin’s student, Joseph Schiffmacher, in the coming year.  Dan will perform the Grieg Concerto with the Bainbridge Symphony in November. 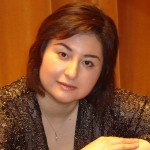 KAY ZAVISLAK • American pianist Kay Zavislak enjoys a teaching and performing career shaped by an international upbringing.  Spending her formative years in Japan, Zavislak attended the Toho Gakuen High School of Music.  She holds the degrees BM, MM, and DMA from the University of Michigan and has studied under the guidance of Arthur Greene, Logan Skelton, Yoshie Kora, and Miyoko Hamamoto.  Zavislak has appeared in public performances nationally and abroad and has won numerous prizes in both the US and Japan.  She is an assistant professor of piano at the University of Idaho. 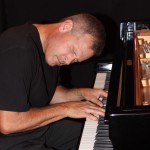 JON MUTCHLER • Jon is a former student of Ford Hill and WWU BMus graduate. He has taught piano and performed publicly for over 40 years.  He has seven self-produced CDs of piano music and blends his background and experience in jazz and classical music (available at Amazon.com). Jon is also the pastor of Ferndale Alliance Church, served on the Ferndale City Council (2010-2015) and Ferndale’s mayor (2016-2019).  Jon and Diane have raised 7 beautiful children and more than anything enjoy being grandparents. More at JonMutchler.com and FerndalePiano.com 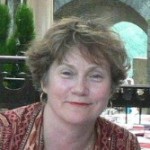 DEBORAH GAUDETTE • Alto Deborah Gaudette grew up near New York City and attended the Manhattan School of Music while in high school. She then attended The New England Conservatory of Music in Boston before graduating from the Vienna University of Music and Performing Arts where she studied with Eugenie Ludwig, mother and teacher of Christa Ludwig. She has sung with the Wurzburg, Basel and Kiel operas and performed opera, concert works, chamber music and lieder evenings in Germany, Austria, Switzerland, New York, New Jersey, Jamaica, San Miguel deAllende (Mexico) and throughout the Pacific Northwest. She has been a frequent soloist with the Whatcom and Skagit Symphonies and has performed at many chamber music festivals.

JAMES GAUDETTE • French hornist James Gaudette grew up in Southern California where as a high school student he performed with the Redlands Bowl Symphony, Riverside Symphony and the Riverside Opera before attending The New England Conservatory of Music in Boston, where he met his wife Deborah. He completed his studies at the Vienna University of Music and Performing Arts and played frequently with the Vienna Symphony and Vienna Volksoper ad well as touring with the chamber music group Soloists of the Vienna Symphony. He was a member of the Swiss National Radio Orchestra in Basel and the Kiel Philharmonic and Kiel Opera in Germany. He has also played with the Philharmonia Hungarica and Hamburg Opera as well as the rock group The Electric Light Orchestra. James has performed concertos with both the Whatcom and Skagit Symphonies and plays chamber music throughout the Pacific Northwest.

JENNIFER WEEKS • Jennifer Weeks, oboist, grew up in Montreal, Canada. She receivd a bachelor of music degree from McGill University, a grduate diploma from the Cleveland Institute of Music (studying underJohn Mack), and additional training with the Tanglewood Fellowship Orchesta in Massachusetts. Jennifer served as principal oboe for the Kingston Symphony Orchestra and on the faculty of Queen’sUniversity in Ontario before moving to the west coast. As a freelance musician she has performed with many orchestral and chamber music groups throughout North America. Jennifer is currently the oboe instructor at Western Washington University, maintains a small private studio, and loves playing chamber music with local musicians. In 2013 she started Summerwinds, a summer chamber music camp for young woodwind players run through WWU’s Extended Education and Arts Preparatry Academy. 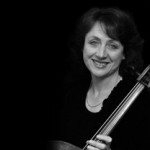 ROWENA HAMMILL • Rowena Hammill is Associate Principal Cello of the Los Angeles Opera. She divides her time between LA and Seattle, where she is Co-Director, with her cellist husband, Douglas Davis, of Vashon Chamber Music. A graduate of the Indiana University School of Music, she was teaching assistant to the esteemed Janos Starker before being appointed Professor of Cello at California State Northridge. Originally from Australia, she returned to Sydney in August of 2011 to perform with the first ever Australian World Orchestra.

PAT NELSON • Originally from Rhode Island, bassoonist Pat Nelson has made a home in the Pacific Northwest and performs with the Whatcom Symphony, Skagit Opera, Starry Nights Chamber Ensemble, Impromptu,and Zephyr Winds. In 2001, she became the bassoonist with the Westwood Wind Quintet and appears with them on the Crystal Records label in their latest release of the complete quintets of Anton Reicha. She has been a guest artist and instructor at Musicfest in Wales, the Utah State Music Camp, Summer Sounds in Washington, the Wright State University Double Reed Day and at California State at Long Beach. She is a founding member of the Sapphire Wind trio that is based in Ohio and is currently working on a cd of contemporary works for flute, clarinet and bassoon. Pat received a Bachelor of Music from the University of North Carolina, a Masters of Music from Northwestern University and post-graduate studies at the University of Arizona. Her teachers include John Pederson, Robert Barris, and William Dietz.